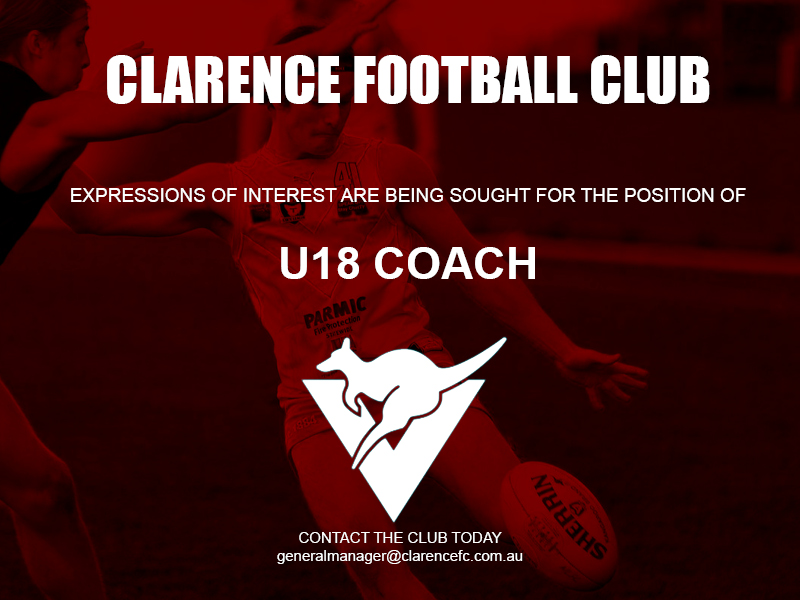 An exciting opportunity has arisen with the Clarence Football Club for a suitably qualified coach to join our club as U18 coach.

The club’s U18 team is the current STJFL premier and we have a well-established pipeline of young talent entering the team through the Clarence junior program. Last season’s premiership coach has moved on to a new role with the Devils program, which has opened up this position for a coach wanting to extend their experience to a TSL club environment.

The U18 coach will work closely with our new Head Coach who has come to us after spending several years in the Brisbane Lions program and there is also scope to extend coaching duties to an assistant capacity with the senior team.